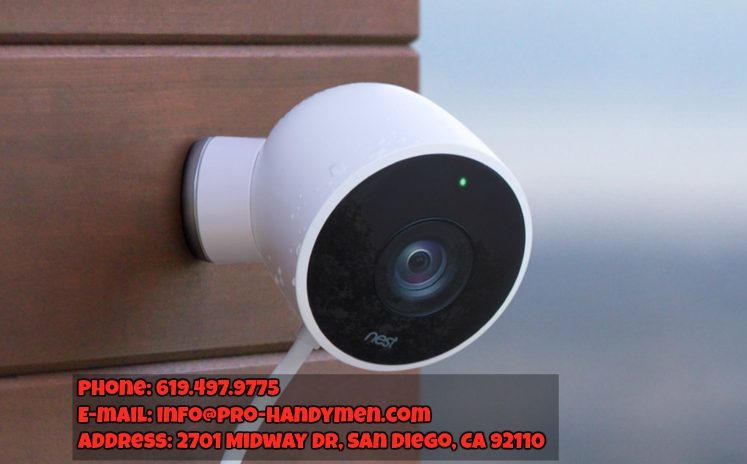 When trying to figure out which security camera to buy, you’ll notice a few main types.

Smart home security cameras are relatively new to the scene, but extremely popular. In addition to recording video, they connect the video stream to an app that allows customers to see what the video captures in real time. If the camera senses a motion, the owner gets an alert right away on the smartphone so they know something’s wrong long before they get back home.

Bullet cameras are cylindrical and point out in one specific direction. They’re often affordable, but since their range is limited, you may need to buy several of them to capture as much of your home as you feel you need. They’re often good for entrances or the front of the house.

Dome cameras have a greater range than bullet cameras and often include the capability to move the focus of the camera or zoom in on something. They’re more expensive than bullet cameras, but you can get more visual coverage with fewer cameras. Also, since it’s not clear to the thief what area the camera’s recording, it’s hard for them to stay out of its sight, which makes them a more effective deterrentthan bullet cameras.